How to Use A Broadcast Spreader? – The Beginner’s Guide

Long gone are those days when farmers and gardeners have to work hard for hours and hours to fertilize the ground well. It’s 2020, and you have tools as magnificent as a broadcast spreader. And trust us when we say that it’ll make your gardening life easier than ever.

In today’s article, we’re going to explain how to use a broadcast spreader in 6 quick steps. If you’re new to this tool, we urge you to keep reading the entire article till the end.

What Is A Broadcast Spreader?

Simply put- broadcast spreaders are a kind of fertilizing tool used for spreading fertilizer, seed, sand, ice melt, and anything of similar granularity. Usually, it’s used as an alternative tool to seeders or drop spreaders.

The way it works is quite easy to understand. There is a large hopper made of stiff material and a horizontal spinning disk. To throw the materials, there are a few fins attached to the spinning disk.

While the spreader moves, the mechanism allows the spinning disk to move and therefore, spread the granular items inside the hopper to spread around the ground. In this way, it ensures an even and uniform distribution of fertilizer, seed, ice melt, and anything similar. 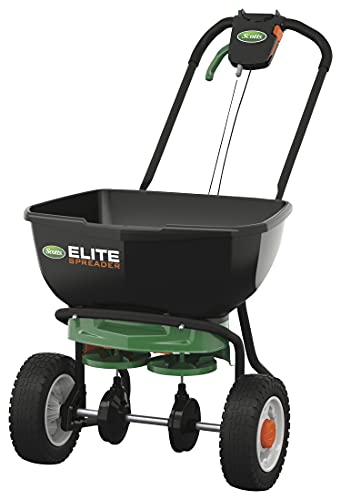 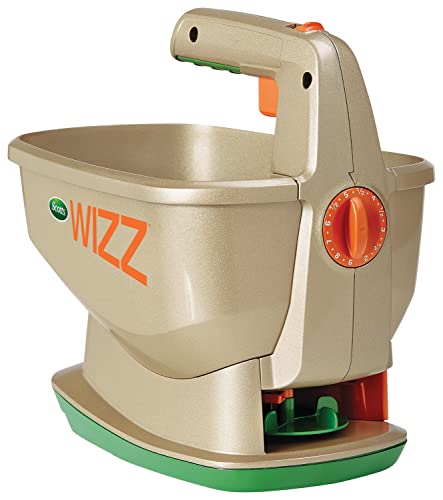 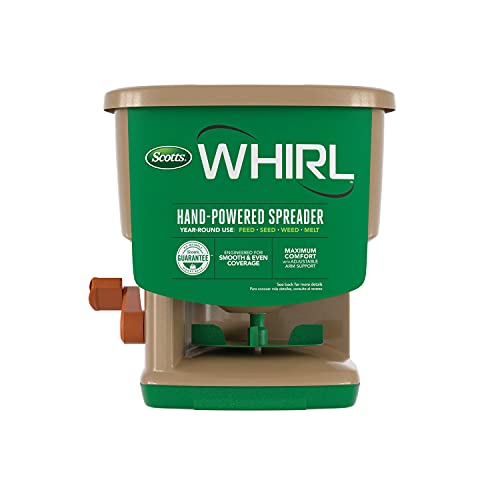 Types of Broadcast Spreader and Benefits

Based on the types, each of them comes to be an essential gardening tool. Before heading into the benefits, let’s discuss the variations of broadcast spreaders-

These are usually hand-carriable. There is a hopper in these spreaders that can hold things up to several liters. They are operated by hand-cracking and come for a very cheap price

The most commonly used kind of broadcast spreader. There is a spinning disk in these spreaders which come with a gear and wheel system to carry around. You have to use them by roaming around the garden with it

These are meant to be used on very large areas with a lot of seeds or fertilizers in it. Usually, you have to attach them with an ATV or tractor to ensure proper distribution. Also, they are quite expensive in price.

Not going into type-specific properties, there are some common purposes that most of these broadcast spreaders serve. Here goes the list-

6 Steps of Using A Broadcast Spreader

Alright, now we’re at the heart of today’s concern- the steps of using a broadcast spreader. In here, we’ve crafted a step by step guide to making things actionable and intuitive for you.

Step 1: Get the right fertilizer or seed

Not all types of granular items (fertilizer or seed or ice melt) will go fine with a specific spreader. For example, for 10-10-10 or 15-15-15 all-purpose fertilizer, there is an array of spreaders that will work fine.

Also, while choosing the granular item, make sure it’s smooth and quick-release. Uneven surfaces and un-uniform sizes of fertilizers are less likely to be spread out with a broadcast spreader.

Step 2: Get the right amount of fertilizer in the spreader

Also, make sure that you have a firm and clear idea of the spreading rate of that particular fertilizer for your lawn or garden.

Our next task starts with putting the broadcast spreader into the right place. Usually, it’s the corner of the lawn if it’s a rectangular one. For circular spaces, starting from anywhere on the perimeter would be fine.

Before starting to spread, set the fertilizer distribution number on the rate dial or lever of the spreader. From the previous step, we hope that you know the exact distribution rate of your fertilizer. Usually, it’s anything between 1 to 10.

In case you don’t know where the rate dial is, it’s just by the below or right on the handle.

Now, you will start moving with your spreader on. Before that, you might need to put imaginary lines on the area that you’ll spread fertilizer on. In case the area is large, you can actually put some markers to help you with that.

Make sure that while you’re moving across a line, the distribution rate, and your moving speed- both should be constant.

Also, keeping an overlapped area of 6-12 inches is the standard practice between consecutive distribution lines.

In such a manner, complete the whole ground area that you’re meant to be.

Step 6: Water the area and rinse the spreader

By now, we expect you to be done with the spreading chore around the garden. Now, you may use a lawn sprinkler or a hose to distribute some water across the area. This helps the fertilizer to be better-consumable for the ground.

Also, don’t forget to rinse the broadcast spreader itself to take off the residue fertilizer from it. It’s a maintenance 101 for the tool.

Let’s wrap up this guide on how to use a broadcast spreader. Starting from what it is and how it works, we’ve covered the complete spreader process in depth. Hope all that has been helpful enough for you!

How to Spread Fertilizer? Both by Hand & By A Spreader